At the Heart of Local Development: Culture2030Goal Report on the Place of Culture in Voluntary Local Reviews 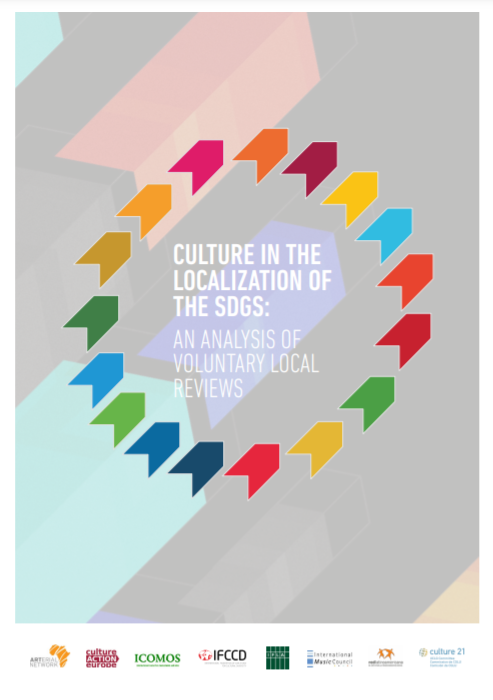 A new Culture2030Goal Campaign report explores how effectively local and regional governments are placing culture at the heart – and even the start – of their efforts to deliver on the United Nations 2030 Agenda and its Sustainable Development Goals.

Voluntary Local Reviews are a growing phenomenon, led by local and regional governments keen to assess, and demonstrate, how they are achieving the Sustainable Development Goals.

They are born of out of the understanding not only that the consequences of success or failure will be felt most acutely at the local level, but also the fact that many of the policies which will determine progress or note are the responsibilities of cities and regions.

A growing body of these Reviews now exist, making it possible to explore how effectively local and regional governments are making culture part of their development strategies.

Following on from the report on Voluntary National Reviews published in 2019, IFLA is happy to share the Culture2030Goal Campaign report on culture in Voluntary Local Reviews, whose preparation was led by UCLG’s Culture Committee and Ege Yildirim.

In the context of the Campaign’s wider efforts to promote the integration of culture into efforts to deliver the SDGs, this provides a key evidence base, and source of examples, for further advocacy.

Crucially, the report finds that a majority of Voluntary Local Reviews do indeed place a strong emphasis on the role of culture.

This appears as part of reporting on overall strategies as well as practical implementation, both as a stand-alone item, and as part of progress in other policy areas. It is cited in many Reviews as an overall driver of sustainability and success in achieving the SDGs.

In particular, there is much more attention to culture and cultural issues than in Voluntary National Reviews, suggesting that local and regional governments are better aware of the difference that culture can make.

Similarly, and echoing IFLA’s own analysis last year, local and regional governments also tend to see culture contributing to a wider range of other policy areas than national governments.

How to use the report?

The report is a very valuable source of examples of how local and regional governments in different parts of the world are giving recognition and a role to culture.

These could be helpful in working with your own governments in order to show them what is possible, and encourage them to do the same.

You could also use the report as a basis for talking with other cultural actors in your country, such as associations of monuments and sides, musicians or others. What opportunities do you see to work together to promote development-orientated culture policies?

If your city is active around the SDGs, you could try to find out if they are planning to carry out a Voluntary Local Review. If so, you could use the checklist on p184 of the report, promoting it to the local SDG coordinator and working with them to ensure it is answered.

Find out more about the report on the Culture2030Goal website, as well as how to become a supporter of the campaign. You can also discover IFLA’s resources on Voluntary National and Local Reviews.