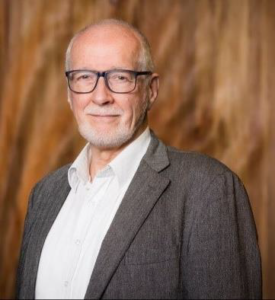 Dear colleagues of the library sector in Asia-Oceania,

You have been familiar for many years with the structure of IFLA’s organisation in ‘the regions’ of Africa, Asia-Oceania and Latin America and the Caribbean (the ‘global South’, so to speak). The Regional Sections of IFLA’s Division V and the resources IFLA provided for them were intended to involve regions with fewer IFLA members more closely in the activities of the organisation. In that way, IFLA offered a structure that encouraged and facilitated active participation by small library associations and institutions – many of them in developing countries – who could send their leaders and new younger experts to represent them in IFLA’s various international forums, and sometimes to bring IFLA back to hold events in their own countries. Over the years, IFLA gradually came closer to the ‘regions’ not only in terms of distance but in terms of cultural awareness and professional activities. The first IFLA Conference in Asia was held in Manila in 1980, followed by many conferences and smaller meetings since that time. Distance from the IFLA centre has always been a problem for the regions, for Asia-Oceania in particular, but the Regional Offices have done a great job as relays for information from the centre and facilitators of regional Section Committee meetings.

But the 3 regions continued to feel that their voice was not being heard strongly enough. Membership remained low, despite IFLA’s efforts not only in mainland Asia but across the vast distances of the Pacific.

Progress was made in the last few years with consultations on IFLA’s ‘global vision’, which led to its Strategy for 2019-2024 and the review of its governance. Out of the review came a major restructuring particularly boosting the regions’ role in IFLA. The General Assembly of IFLA approved the proposals which came into effect in August this year.

The first radical change is that there are now not 3 but 6 Regional Divisions – including areas of the world not previously considered as IFLA ‘regions’: these are the Middle East and North Africa, North America, and Europe. The 3 original regional sections have been upgraded. All 6 new Regional Divisions have a new Committee of 20 elected members, and a significantly new mandate, focused on outreach and advocacy.

The second radical change is that a new Regional Council was created, alongside the Professional Council. The Chairs of both Councils sit on the Governing Board.

So our region of Asia-Oceania has a stronger mandate and a new Committee. The Pacific (North and South) is more strongly represented than before. The Regional Council and all the Regional Division Committees are actively preparing their Action Plans which will fit in with IFLA’s overall Action Plan. You will hear more from us in the coming months and years!

Celebrating and supporting innovation and impact: Interview on the Europe Challenge