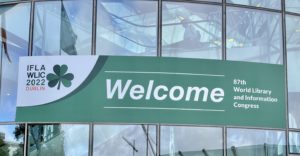 Even thought this year many of our members were unable to join in person the Conference, we had a wonderful time in Dublin. After the first Standing Committee Meeting, the Law Section members visited the Bar of Ireland, to learn about the provision of legal research in Ireland from Robert Cary, Sub-librarian at the Law Library, and a tour of the Four Courts building which is celebrating its centenary in 2022. 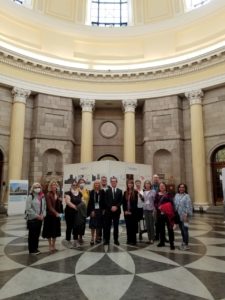 Confronting and Overcoming Legal Restrictions on Access to Law: Librarian Engagement to Free the Law.

This program explored how restrictive use policies (copyright, terms of use, pay for access) affect the public’s ability to publicly access the law and libraries’ abilities to share law and preserve it. It also looked at how law can be used to protect and ensure public access to the law as well.

The State of Access to African Government and Legal Information. What’s copyright got to do with it? By Mariya Badeva-Bright. African Legal Information Institute, Department of Public Law, University of Cape Town, South Africa.

A framework of documentary standards for law, by Ginevra Peruginelli, Institute of Legal Informatics and Judicial Systems, National Research Council of Italy, Italy.

Engaging with Copyright in Official Publications of Government and Law Libraries: Collaborating for Innovative Solutions

This open interactive session facilitated conversations between the panel and attendees on how copyright affects access to information and the work of Librarians working in Government, Parliament and Law libraries. The program featured a panel discussion and Q&A offering opportunities for participants to share their perspectives and understanding of copyright. 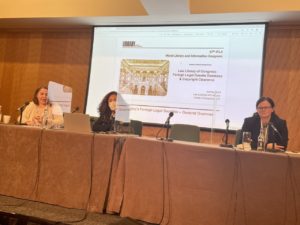 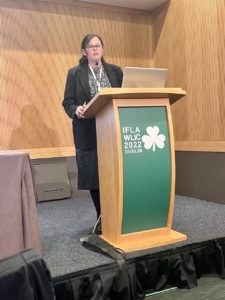 The Cultural Evening took place at the dlr LexIcon Central Library and Cultural Centre in Dún Laoghaire, on the shores of Dublin Bay. Along with food and festivities, we had the opportunity to learn about Irish culture through literature, myths, legends and spoken word performances. On the large outdoor area, we all enjoyed Irish music and dance. 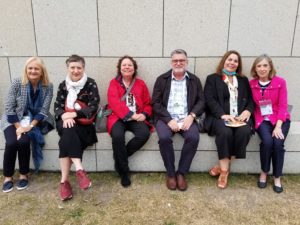 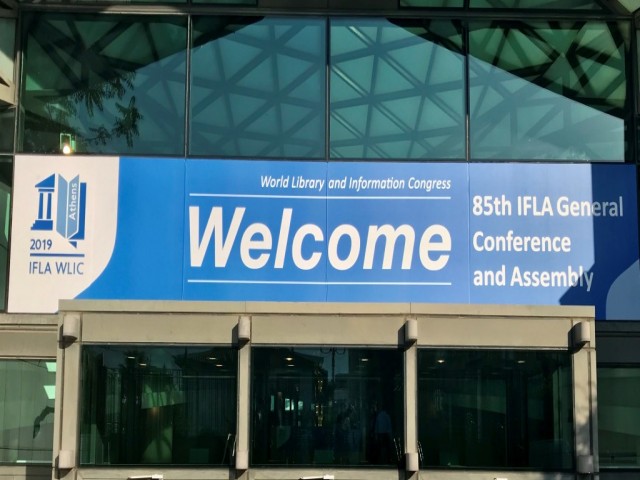 Congratulations to all the Law Libraries Section members on receiving the Special Mention for Partnership and Collaboration award for our work worldwide! A special Thank You to Sonia Poulin and the team that participated in all the workshops in Africa! Well deserved! 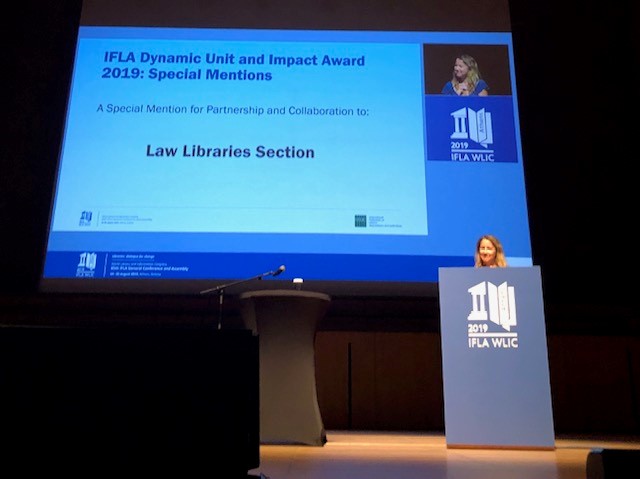 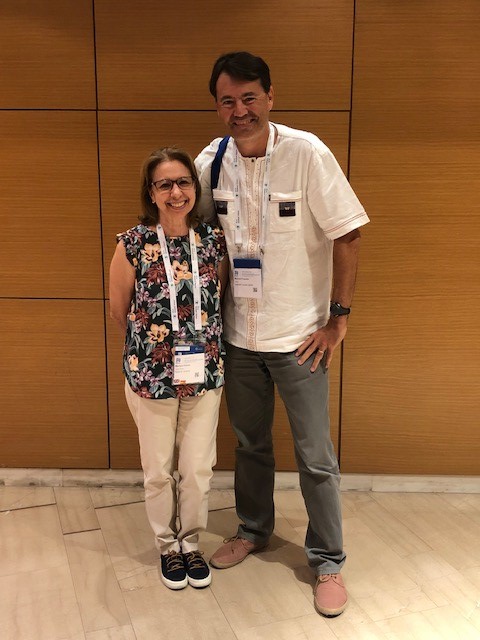 1. The Virgil Darnell Hawkins Collection: A Special Collection at the Heart of an HBCU Law School

2. And the Seed of a Bequest Sprouted: The Wainwright collection of the Nahum Gelber Law Library at McGill University

3. Understanding #MeToo by Listening to the Past: Preserving, Mining, and Promoting the American Bar Association’s Women Trailblazers in the Law Oral History Collection @ Stanford Law School

2. Access and knowledge of the law: supporting migrants in understanding law

Theme: Demonstrating value and / or assessing the impact of different types of libraries and information services:  can you spot the difference?” Session 211 – Division I – Wednesday, August 23,  13:45 to 15:45 – (IASE 1st. Floor) – Access Wednesday Sessions here

Speaker: Edita Bacic will introduce the Law Libraries perspective, one of eight lighting talks delivered by different Sections within the Division.

The Secretary General of the National Assembly of Côte d’Ivoire opened the workshop and we made the news!

PowerPoints for the three presentations: