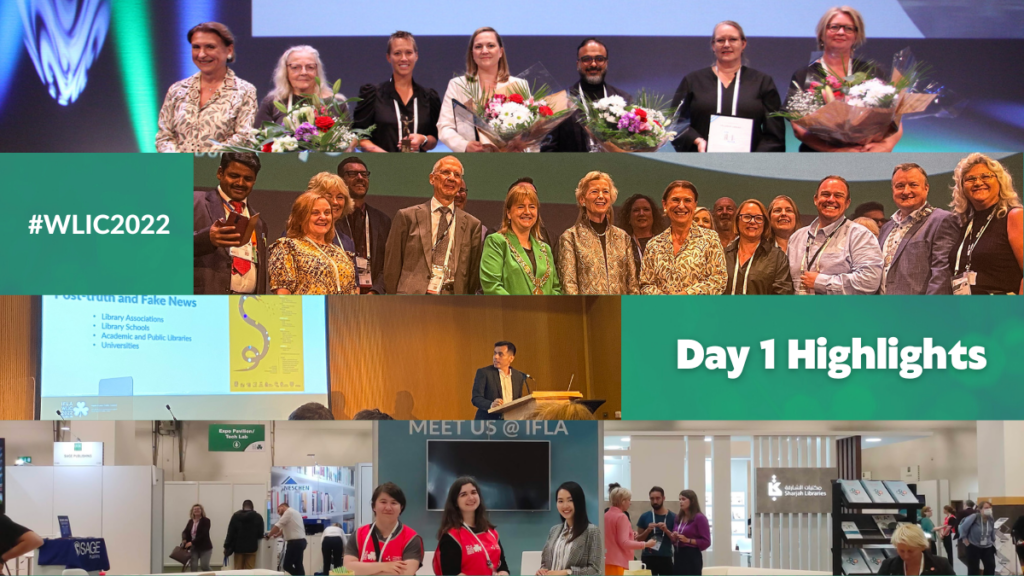 Day one of IFLA WLIC 2022 welcomed over 2000 delegates from 100 countries to Dublin, Ireland, setting an enthusiastic tone for the days ahead at the Opening Session. Here are some highlights from the session:
Master of Ceremonies and Delegate from the IFLA Governing Board, Halo Locher, emphasised the importance of celebrating the diversity of language whilst welcoming our esteemed guests to the stage. This was expressed by introductions to different parts of the session given in all seven of IFLA’s official languages.

The Lord Mayor of Dublin, Caroline Conroy, welcomed delegates to Dublin and spoke about the city’s rich literary and library traditions.

In her address to delegates, IFLA President Barbara Lison expressed her joy at the atmosphere of the first in-person meeting after such a long period of isolation, recognised the efforts of Congress organisers and delivered a moving In Memoriam to the late Donna Scheeder.

A beautiful interlude of traditional music and dance performance from Sin A Deir Sí followed.

Former President of Ireland, Mary Robinson took the stage to discuss the climate crisis and challenge the audience to consider the role that their silence plays in perpetuating the damage transition away from fossil fuels and a commitment to hope and communication despite the adversity ahead.

So delighted, proud and grateful that Mary Robinson is the keynote @iflawlic opening ceremony #WLIC2022 pic.twitter.com/ljVleK5pKz 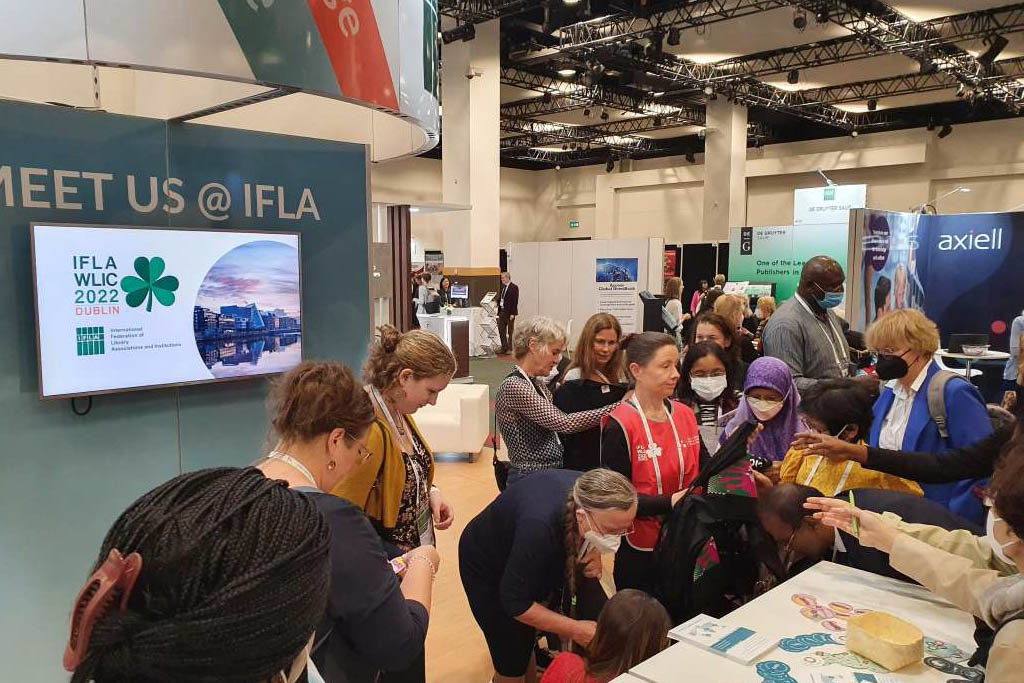 The WLIC 2022 Exhibition opened in the Forum of the Convention Center Dublin. Almost 50 commercial and non-commercial organisations are showcasing their products and services alongside the IFLA and WLIC 2023 booths.

The “Public Library of the Year” award is presented annually by IFLA with the aim of honouring new public libraries. The award, open to public libraries across the world, is presented to the library that has best managed to combine open and functional architecture with creative IT solutions and has included both digital developments and local culture. Systematic is the proud main sponsor of the award.

Read more in the Press Release or watch the full session on YouTube.

This special workshop from the IFLA Education and Training Section (SET), aimed at engaging LIS professionals, educators, students, associations and stakeholders in the use of its recently approved IFLA Guidelines for Professional LIS Education Programmes for local contexts. The new guidelines, now an IFLA Standard, serve as a framework for developing library and information science/studies (LIS) education programmes and promote the quality of LIS education programmes at undergraduate, graduate, or continuing education levels.

Grounded in the principles of equity, diversity, inclusion, and accessibility, the new guidelines will be of interest to LIS education administration, academic staff, students, professional practitioners, government, professional bodies, and other stakeholders engaged with knowledge and skills expected of LIS professionals. 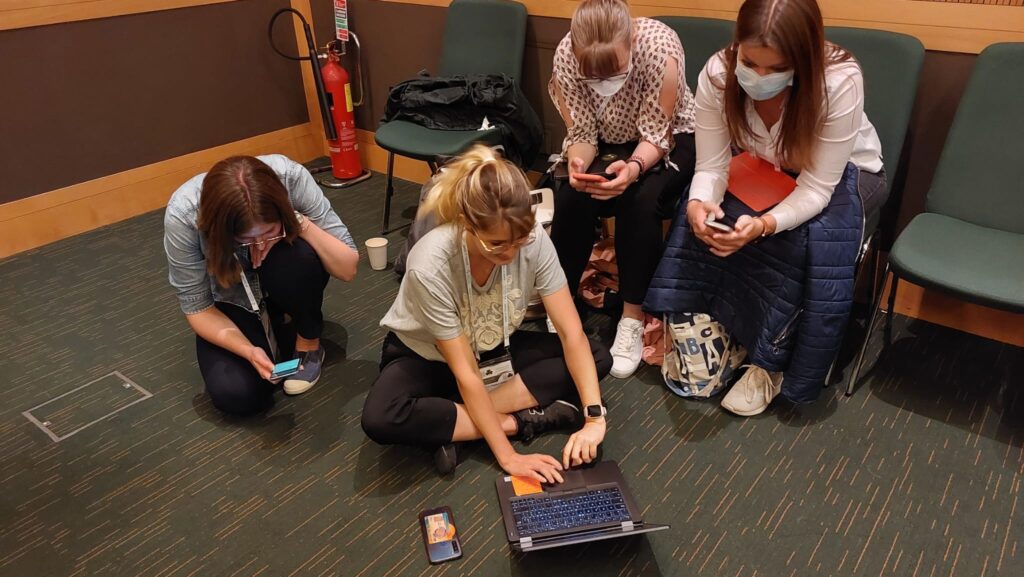 IFLA’s New Professionals Special Interest Group (NPSIG) offered a special interactive workshop on the use of open source applications and programmes to help users create digital content. Participants learned how to create, use and share some of the multimedia outputs, such as short animations, promotional videos, and video book trailers. Also discussed were the spread of synthetic media applications used to manipulate audiovisual content—tools that are used to spread misinformation or disinformation and to create deep fakes—as well as how to develop skills used to evaluate and verify information. 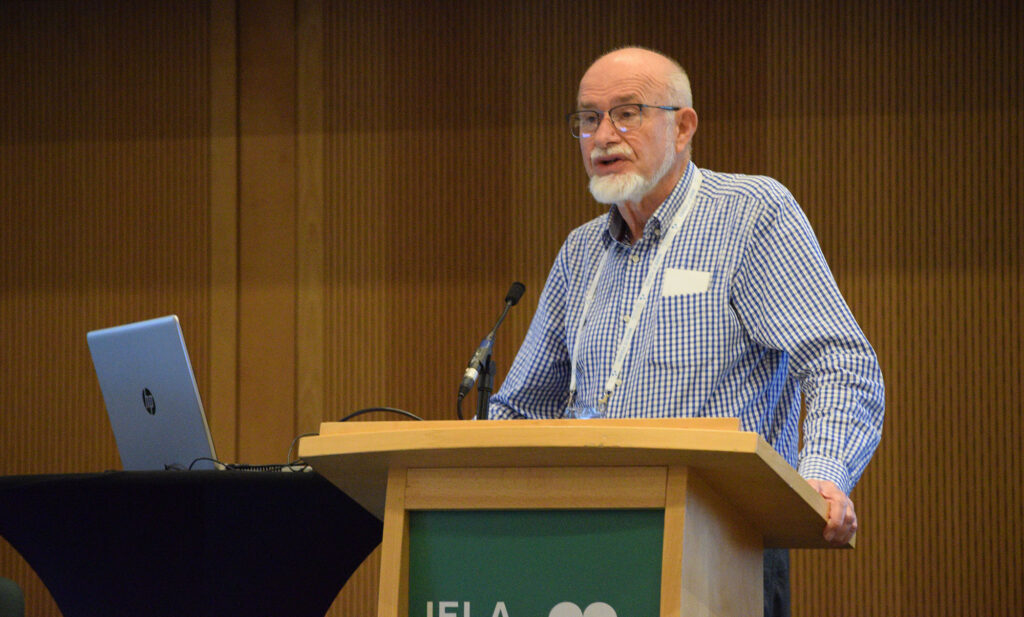 IFLA celebrates its centenary in 2027. Sponsored by IFLA’s Library History SIG, this special session was devoted to providing a deep dive into IFLA’s rich history in the runup to the 100th anniversary of its founding. Today’s session included a presentation by former IFLA Secretary General, Peter Lor, titled “Towards IFLA’s centenary: historical sources and themes“, which identifies the many published and unpublished sources for research. An edited volume of chapters on IFLA’s history is planned for release by 2027.

The “Advocacy Training: Using the Advocacy Capacities Grid” session was presented by IFLA’s Policy and Advocacy Director, Stephen Wyber and focused on the 8-question Library Advocacy Quiz, developed by IFLA to explore ways that library professionals can contribute to library advocacy in ways that suit their skills and capacities. The IFLA Advocacy Capacities Grid was introduced to show how each of the advocacy capacity types can be developed to more advanced levels.

Attendees were encouraged to talk with a partner about three advocacy-related questions: Where do you stand now? What skills do you need? How can you build a team? After the discussion, delegates had come up with questions if their own: What does advocacy look like in areas with different political realities? What does evidence of advocacy look like?

Participants agreed on the value of everyone bringing their own advocacy strengths to their institution. As statistics can sometimes be intimidating, Wyber suggested leading with a human connection by sharing stories about the value of libraries. Delegates took away the task of working on notable and affective stories that they can keep in their pocket for advocacy in the future.