The IFLA Education and Training Section (SET) and IFLA Professional Division C invite you a webinar dedicated to the benefits of volunteering in libraries.

Magdalena Gomułka works at the Advisory and Training Department in the Silesian Library in Katowice, Poland, as a librarian-instructor. She is also a member of the Silesian Board of Polish Librarians’ Association. Her first international project was coordinating the International Librarians Network among Polish librarians in 2013-2016. Since 2017, she has been involved with the IFLA New Professionals Special Interest Group and became a NPSIG convener in 2019.

Susanne List-Tretthahn works for the Austrian Library Association and is responsible for the education and training of librarians. She is member of the IFLA Section for Education and Training beginning this year and was Corresponding Member before that. In addition, she has worked with IFLA NPSIG since 2019. She has been involved in the Webinar Series for LIS Students since the beginning. 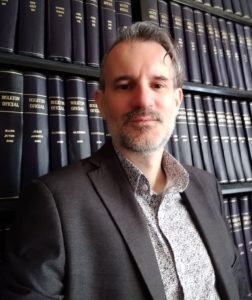 Andrés Reinoso is Coordinator of the Bialet Maseé Library of the Ministry of Labor of Argentina and Professor of Library Science at IFTS13 in Buenos Aires. As an active participant in his National Association, he was Vice President of the ACBJ (Civil Association of Law Librarians) during 2016-2019. He was the Information Coordinator of the NPSIG from 2017-2021 and is a promoter of political impact actions of libraries in the LAC region through the collective movement «Librarians to the Senate». He is currently a member of the FAIFE Advisory Committee (Freedom of Access to Information and Freedom of Expression) 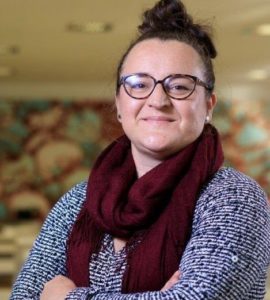 Marija Šimunović is a Senior Librarian and Coordinator at the European Documentation Centre at Faculty of Economics & Business, University of Zagreb in Croatia. As an active member of Croatian Library Association, as well as regional Zagreb Library Association and NPSIG Co-convener, she participates in multiple local, regional and international projects and has experience in presenting, organizing and participating in many different events and projects.

A registration link is here.

E-course «Combating Art Trafficking: A special focus on manuscripts» – offered in English, with translation into Arabic, Persian and Turkish

IFLA ENSULIB Webinar Series: The Power of Data to Advance the SDGs