The IFLA AO RDC is sending a representation committee to physically attend the 9th Asia-Pacific Forum on Sustainable Development, while also organising the webinar “Informed societies at the foundation of a better post-COVID world” as one of the Forum’s side events.

What is the Asia-Pacific Forum on Sustainable Development?

The Asia-Pacific Forum on Sustainable Development (APFSD) is an annual and inclusive intergovernmental forum and a regional platform for supporting countries, in particular those with special needs, in the implementation of the 2030 Agenda for Sustainable Development while serving as a regional preparatory meeting to the high-level political forum.

The Forum provides a regional perspective on the implementation of the 2030 Agenda by identifying regional trends and consolidating and sharing best practices and lessons learned. The Forum takes into consideration the contributions of United Nations system bodies (at the regional level), other regional and sub regional organizations, and relevant stakeholders.  The APFSD also supports follow-up and review of progress on the 2030 Agenda at the regional level.

The theme of the 9th APFSD is “Building back better from COVID-19 while advancing the full implementation of the 2030 Agenda in Asia and the Pacific”. The 9th APFSD will play a unique role as a catalyzer of solutions and peer learning on how to accelerate transformations for the implementation of the 2030 Agenda while recovering from COVID-19. Within this context, the forum will provide the space for an in-depth review of the following cluster of goals which will be reviewed by the High-Level Political Forum on Sustainable Development (HLPF) in 2022: SDG 4 (Quality Education), 5 (Gender Equality), 14 (Life below water), 15 (Life on Land), and 17 (Partnerships for the Goals).

Library Advocates on the ground 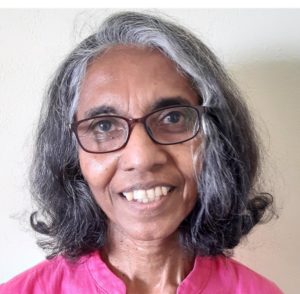 Premila Gamage is a Chartered Librarian with more than 35 years of work experience in university and research libraries. She holds a PhD in Information Management from Leeds Metropolitan University, UK. Currently she is the Consultant – Knowledge Management Systems at the Verite Research Sri Lanka. Premila is an experienced professional who has contributed to a range of local and international organizations including the International Federation of Library Associations and Institutions (IFLA), Access to Learning Award of Bill and Melinda Gates Foundation, Commonwealth of Learning – Skills for Work Programme, M.S. Swaminathan Research Foundation – INELI South Asia Programme, National Centre for Advanced Studies in Humanities and Social Sciences (NCAS), and the Sri Lanka Library Association (SLLA).

At present she is an elected member of the IFLA Regional Division Committee for Asia and Oceania 2021-2023. Also she is a member of the SLLA council and convener of the SLLA-SDG committee. She was elected to the Governing Board of IFLA, and elected as the Chairperson of the Division for Regional Activities (Asia and Oceania, Africa and Latin America and Caribbean).  She was also appointed to the Advisory Committee of Advancement of Libraries Programme (ALP) of IFLA.  As an Accredited Trainer of IFLA, she has conducted a number of workshops on training for librarians in Lebanon, India, Nepal and ASEAN countries on various topics including Leadership. For the SLLA, she conducted a series of island-wide training workshops on library advocacy with the support from ALP and American Library Association.

She was the country project officer of the worldwide research programme of the IFLA’s Public Library Politics Project, which was initiated with the purpose of evaluating policy maker’s attitudes regarding the role, value and impact of the public library services. Premila’s work is recognised internationally and she is the first Sri Lankan to be awarded the Honorary Fellowship of Chartered Institute of Library and Information Professionals (CILIP), UK for her efforts to extend library and information services to youth in the remote regions of Sri Lanka and her deep commitment to fostering education. She has authored, co-authored peer-reviewed journal articles and represented the country at a number of international forums. Premila currently serves in the editorial panels of the high-profile journal issues that are focused on information development. 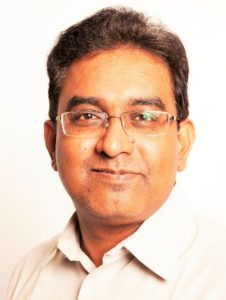 Dr. Basheerhamad (Shaddy) Shadrach is currently consulting for UNESCO-UNEVOC, Germany in the field of new qualifications and competencies in Technical and Vocational Education and Training.  Recently, he served the Commonwealth of Learning, Canada as Skills Advisor where, in collaboration with Udemy, Coursera and Google, he imparted job-ready skills among 200,000 people in Asia, Africa, Caribbean and the Pacific during the COVID-19 Pandemic to help them re-enter the labour market. In his career since 1986, he has managed ICT4D programs in over forty nations around the world.  He has also served in senior management positions at the British Council, Transparency International, Germany and OneWorld International, UK.  He helped the Bill & Melinda Gates Foundation to establish the Indian Public Library Movement and the International Network of Emerging Library Innovators program in South Asia.  He was also the Asia Coordinator of the Web Foundation for its Alliance for Affordable Internet program. He served as the Global Chief Executive of Telecentre.org Foundation in the Philippines and as Senior Program Officer of International Development Research Centre, Canada, managing ICT4D research grants in Asia.

Having launched India’s first-ever development Portal, indev in 1999, he launched the first-ever global Anti-Corruption Portal, CORIS at the International Anti-Corruption Conference in Seoul in 2003 and Transparency International’s Intranet, ChapterZone, as the knowledge management platform for TI’s national chapters in 92 countries in the same year. While managing the Building Communication Opportunity Alliance in Asia, in 2004, Dr Shadrach launched EkDuniya anEk Awaaz, a unique Community Radio initiative, and a multi-stakeholder alliance of over 600 organisations that advocated for achieving the MDGs in South Asia.  He supported the launch of South Asia’s Wada Na Thodo campaign together with UN’s MDG campaign partners while also managing the Open Knowledge Network in Asia on behalf of G8’s DOTFORCE.  In the year 2005, with support from Cisco and British Telecom, he launched Lifelines India, the nation’s first-ever NGO-led 24X7 Farmers’ call centre.  He was the global coordinator of the ‘Grassroots Caucus’ at both the legs of the World Summit on the Information Society in Geneva and Tunis.  Under the chairmanship of Professor M S Swaminathan, as the Executive Secretary, he launched Mission 2007: Every Village a Knowledge Centre initiative which paved the way for establishing over 100,000 Common Service Centres in India.  He helped to spread its adoption in many nations around the world.

As the global head, telecentre.org Academy, in 2009, he developed a unique training ecosystem for equipping grassroots-level knowledge workers. After successfully establishing the Global Telecentre.org Foundation in Manila in 2010, with support from the ITU, in 2011, he launched the world-wide Telecentre Women: Digital Literacy Campaign which successfully trained over 1 million women in digital entrepreneurship.  During his 35 year-long professional life, Dr Shadrach has also consulted for FCDO, UK; ITU, Geneva; ADB, the Philippines; UNDP, Iraq; Practical Action, UK; the Open University, UK; Article19, UK and the ICT Agency of Sri Lanka.  He earned his PhD in Information Science as a faculty student at Loughborough University, UK.