IFLA’s Europe Regional Division Committee (IFLA EU RDC) will be represented by its member, Laurie Alvandian during Armenia’s National Library Week 2022. A webinar about IFLA will be offered to the librarians in the Republic of Armenia and will be recorded by the National Library of Armenia.

The webinar will be conducted as part of Armenia’s National Library Week, from April 18-24. The main goal of the webinar is to introduce the audience to IFLA as an organization, demonstrate how to search for and use IFLA’s rich collection of free materials, discuss the importance of the Library Map of the World, and summarize the work of IFLA’s European Regional Division Committee. 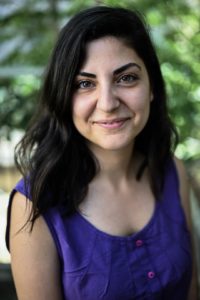 Laurie Alvandian, member of IFLA’s EU Regional Division Committee is a Lead Specialist in the National Library of Armenia’s Foreign Relations Department. As an Armenian-American librarian currently based in Yerevan, Armenia, she has used her experience growing up using and studying the American library system to help pave the way for a new future for Armenia’s libraries – one in which they serve as active centers of community development, and in which every citizen is equipped with the tools they need to contribute meaningfully to society. She earned her Master’s in Information and Library Science from Pratt Institute in 2012. She joined IFLA’s European Regional Division Committee in 2021.