IFLA’s General Assembly took place on 25 August 2021, providing an opportunity to thank our outgoing President Christine Mackenzie and Governing Board, for IFLA Secretary General Gerald Leitner to present the successes of the past year, and for IFLA to welcome new President Barbara Lison.

Following a successful World Library and Information Congress last week, hundreds of IFLA Members – representatives of libraries and library associations from around the world – came together again, online, for IFLA’s General Assembly.

The General Assembly is the most important formal meeting in the IFLA calendar, taking key decisions about our Federation.

It is also a chance to look back on successes as set out in our Annual Report, to celebrate the contributions of members of our field with our honours and awards, and to look ahead.

This year’s Assembly was also a special one, as we said farewell to our outgoing President, Christine Mackenzie, and welcomed Barbara Lison as President 2021-2023 alongside a new Governing Board.

Success in the face of adversity

In her final address as President, Christine Mackenzie highlighted the successes of the past year, with the successful delivery of a Congress firmly focused on innovation and the future, as well as active advocacy for example at the G20.

Recalling her theme – let’s work together – she underlined in particular the successful reform of IFLA’s structures through the governance review. This process, which had engaged volunteers and Members from around the world, demonstrated the best of IFLA.

In thanking all those who had worked with her during her Presidency, and in particular the outgoing Governing Board, she quoted Barack Obama saying “When we have a bunch of people working together, that’s when change happens”. 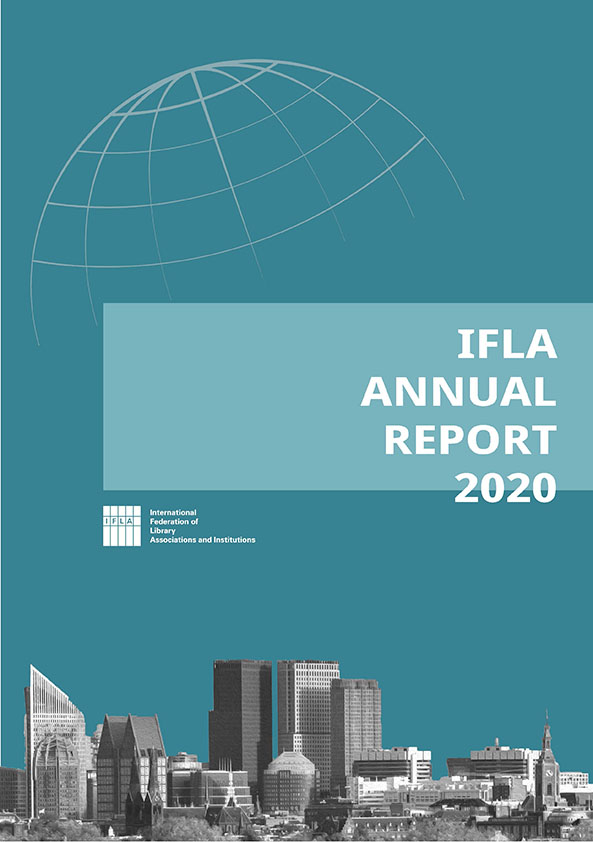 In his report, IFLA’s Secretary General Gerald Leitner, thanked Christine for her leadership during two difficult years. As he underlined, the pandemic had added both work and complexity to an already-packed agenda. Yet despite this, IFLA had ended the year stronger than it was at the beginning.

In particular, he presented IFLA’s Annual Report 2020, which both provides an overview of the Federation’s work, and more detailed information about what has been achieved under each of our Strategic Directions. Adding to this, Treasurer Tonia Arahova’s presentation underlined the hard and successful work carried out to ensure IFLA’s financial sustainability in difficult times.

For more, please see IFLA’s Annual Report 2020, which will also be sent to all of our Members. The report provides a great way to build understanding of what IFLA does and is about, supporting our field even in difficult times.

In a highlight of the Assembly, IFLA recognised members of the profession who have made exceptional contributions to the global library field.

Scrolls of Appreciation were awarded to Ann Okerson, Massimo Gentili-Tedeschi, Petra Hauke, Raissa Teodori and Stephane Ipert, all of whom were characterised by a strong sense of service, guiding their actions.

Recognising her immense impact and contribution to IFLA and the international library field, IFLA conferred its highest award – Honorary Fellow – on Glòria Pérez-Salmerón.

In her acceptance speech, Glòria underlined the need for libraries – and so for IFLA in supporting them – to be able to offer meaningful access to information for all. Working together, upholding values of inclusion, democracy, freedom, peace and progress, and showing decision makers that our institutions are an investment and not a cost would be essential.

In parallel, participants took the time to remember colleagues who had died in the past year, and express their gratitude for their work.

The General Assembly marked the handover to IFLA’s President 2021-23, Barbara Lison. In her acceptance speech, Barbara introduced herself to members, along with her theme: Libraries building a sustainable future.

She underlined that her work would have three dimensions; realising the potential of libraries to drive sustainable development within our communities, securing the sustainability of our institutions, profession, and collections for the benefit of our users; and ensuring that IFLA itself can harvest the fruits of the work completed in recent years, notably around the Strategy and governance review.

In addition to Barbara, the Assembly also welcomed all of the successfully elected candidates for volunteer posts at our elections, including our new Governing Board, who formally now take up their roles. Importantly, with this, IFLA’s new Statutes come into force – find out more on our governance pages.

In closing, Barbara Lison reminded participants that despite the challenges we continue to face, with our actions, in collaboration, the library field could continue to thrive and serve communities into the future.