Culture in Action: a look ahead at key topics and opportunities for 2023

Global discourse on culture and cultural heritage in 2022 can be characterised by greater recognition of the powerful potential of culture to help solve great challenges, as well as calls for action to ensure its protection in the face of natural and human-caused disaster.

There was a deepened exploration of the vital connection between culture and sustainable development, culminating in the UNESCO World Conference on Cultural Policies and Sustainable Development and the resulting Mondiacult Declaration in September 2022. Revisit IFLA’s role at Mondiacult 2022 here. However, the achievements of this conference, which recognised culture as a global public good for the first time, were made against a backdrop of the looming climate crisis and the purposeful destruction of cultural property during armed conflict.

The outbreak of war in Ukraine in 2022 brought international outrage on the destruction of cultural property, the launch of initiatives to help protect Ukrainian cultural heritage and cultural heritage professionals, and increased attention around the world on emergency preparedness.

Milestones were also reached last year. IFLA celebrated 75 years of partnership with UNESCO, and the UNESCO Memory of the World Programme celebrated its own 30th anniversary.

IFLA helped bring culture to the 2022 UN Climate Change Conference (COP27) together with partners from the Climate Heritage Network. Steps were taken to further recognise and include the contribution of culture, and cultural professionals, in addressing the climate emergency.

As we start 2023, there are lessons to be learned from 2022 and steps forward we can take to better protect our cultural heritage and help users connect with it in new ways. Here is a look at some key topics and upcoming opportunities for culture in 2023.

IFLA’s Advisory Committee on Cultural Heritage (CCH) has highlighted feedback from IFLA Sections on the growing priority of bolstering disaster and emergency preparedness. This topic is a key concern for libraries around the world, especially in the face of heightened security concerns and increasing ferocity of natural disasters.

Taking proactive measures to reduce risk, while also strengthening institutional plans for responding to emergencies, are critical tasks to take before disaster strikes.

This will continue to be a growing topic for IFLA in 2023. Providing resources to help members adapt and strengthen their emergency plans while also growing partnerships with organisations assisting in disaster response and recovery are both areas on which IFLA plans to take action this year.

In part, the CCH is working on organising a series of webinars, together with partner organisations, on topics which include the importance of cataloguing and listing important collections and steps to take to counter theft and trafficking of stolen materials. 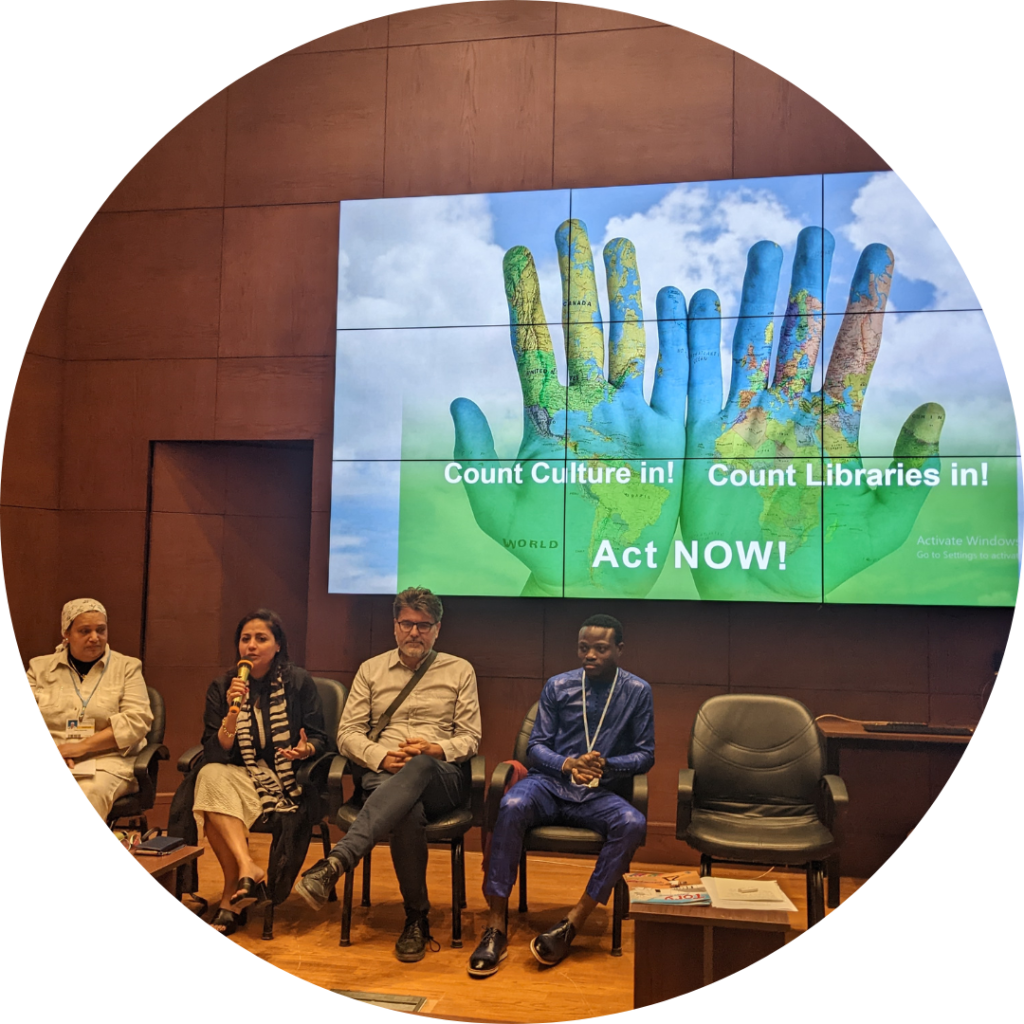 Cultural heritage was included in several key decisions of the 27th UN Climate Change Conference (COP27).  The inclusion of cultural heritage in statements on both loss and damage and adaptation signals that the links between culture and climate change are increasingly being recognised by parties to the UN Climate Convention.

Building on this, there are many opportunities for culture to be included in climate education and communication. Action for Climate Empowerment, which includes climate-related education, training, public awareness, public participation, and public access to information, provides a wealth of opportunities for libraries to highlight their contribution to national climate strategies.

The CCH is continuing the discourse started at WLIC 2022 on the role of library collections in informing climate action with an upcoming white paper. This is a rich vein for the global library field to explore further, especially looking ahead to the next UN Climate Change Conference (COP28), to be held in Dubai in December 2023. 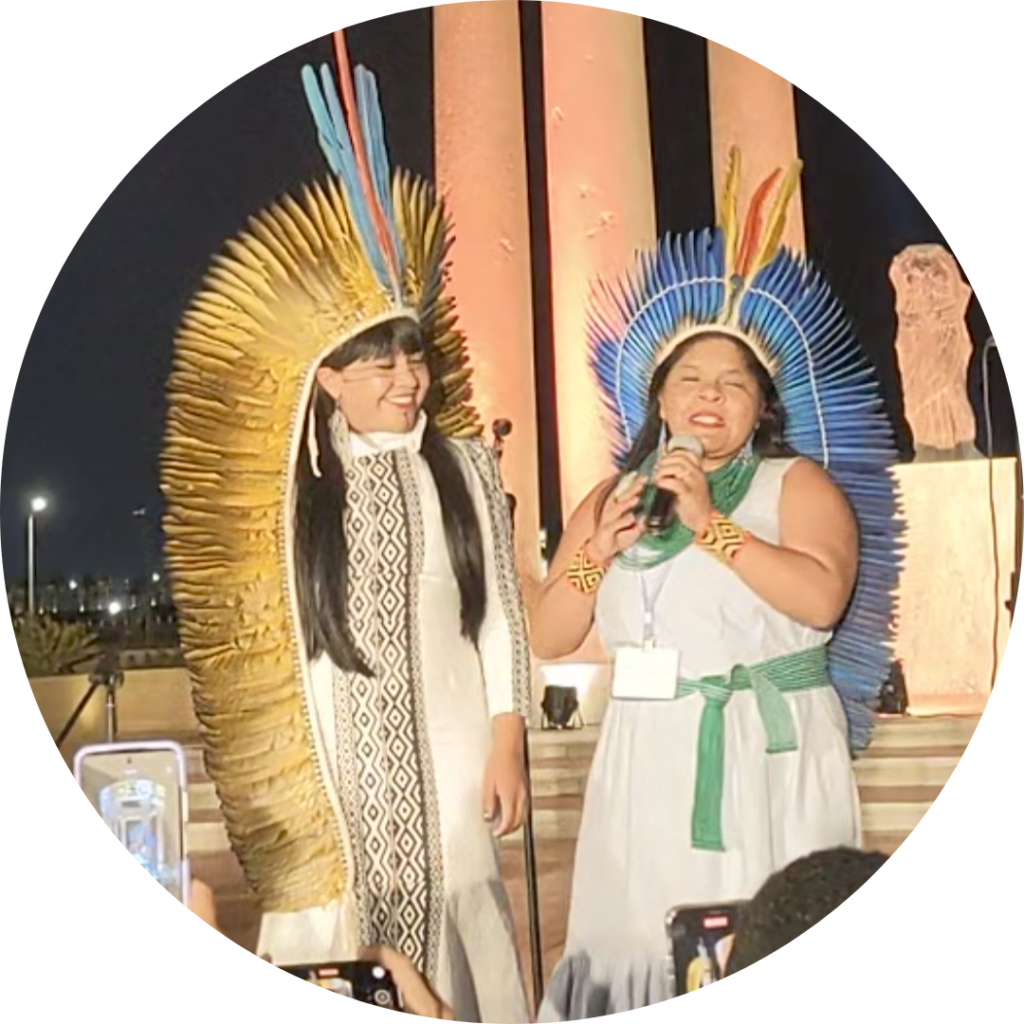 A rights-based approach to culture must enable people to take place in cultural life in the language of their community. This theme was explored in IFLA’s 2022 ResiliArtxMondiacult Debate [summary here] as well as in our Side Event on linking culture and education held during Mondiacult 2022.

There is a strong parallel to be explored between Indigenous librarianship and the goals of the International Decade of Indigenous Languages (IDIL), which officially launched in December 2022.

The IDIL recognises the vital importance of Indigenous languages in self-empowerment and good governance, as well as the indivisible link between language and Indigenous identity, values, and knowledge systems, including knowledge relating to biodiversity and environmental stewardship.

Promoting Indigenous languages also goes to demonstrate the importance of language in promoting multiculturalism, intercultural dialogue, and peace education. Libraries are already taking steps to preserve and promote Indigenous language and knowledge systems, but 2023 offers a good opportunity to align with the action plan of the IDIL and strategize long-term involvement. 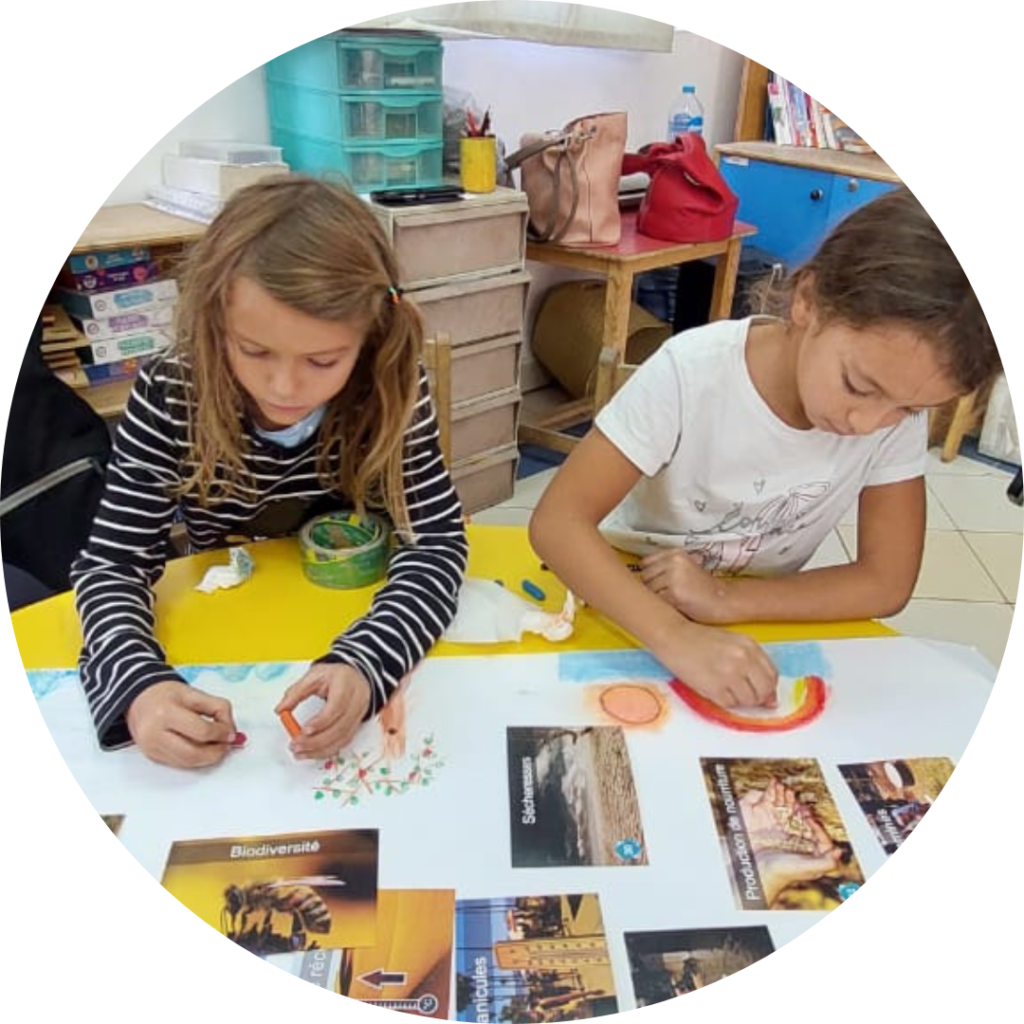 A running theme for IFLA’s advocacy work in 2022 was highlighting the role of library professionals, both within and outside the formal education system, as partners and co-creators of learning environments which help transmit skills for life, work, and sustainable development.

Within this, we have stressed the important role of linking culture and education in multiple forums, including the 2022 Transforming Education Summit (see our one-pager for more) and during Mondiacult 2022.

The revision process and leadup to this conference will offer multiple opportunities to exchange viewpoints and propose priorities for the future Framework on Culture and Arts Education, including in Multistakeholder Dialogues planned for May 2023.

IFLA is ready to help bring the voices of library professionals and educators to this process to help integrate elements of non-formal education and lifelong learning in defining the nexus between culture and education.

Memory of the World

In October 2022, IFLA was honoured to close the Global Symposium Celebrating the 30th Anniversary of the UNESCO Memory of the World Programme by launching a Commemorative Statement. This statement, which IFLA, alongside a coalition of partner organisations and independent experts, collaboratively drafted, embraces the theme: “Your window to the world: Enlisting documentary heritage to promote inclusive, just and peaceful societies”.

The statement [download here] is forward looking, suggesting key issues which may define the use of documentary heritage to promote inclusive, just and peaceful societies. These include celebrating documentary heritage of marginalised groups, highlighting gender and socio-economic inequalities of access and use, enhancing this material’s use as an education resource, building capacity for risk reduction, and increasing the protection of this material.

Library professionals are invited to use the statement as a point of reflection and inspiration for programming in 2023, multiplying efforts to safeguard documentary heritage in all its diversity and taking a stand to help it fulfil its cultural and educational potential.

Memory of the World International Register

Looking ahead to the coming year, we are exciting to celebrate new inscriptions to the International Register, which will be announced in the coming months.

A new call for nominations to the International Register is expected to launch in 2023 as well. Now is the moment to begin considering items in your library’s collections that could be nominated in the coming nomination cycle.

Expect more information on contributing to a nomination in the coming months, but preliminary steps you can take include identifying documents that could be considered globally significant, whether for their historical significance, unique form and style, or for their social, community or spiritual significance.

Memory of the World Regional and National Committees

There are currently three active Memory of the World Regional Committees:

Explore opportunities and future calls for nominations to regional Memory of the World registers offered through these regional committees.

IFLA’s new guide takes a look at the Convention on the Protection and Promotion of the Diversity of Cultural Expressions, why it matters to libraries, and how to put it to use for library advocacy.
This Convention is a commitment at the global level to culture, in recognition of its importance ...

View this resource on the IFLA repository

IFLA is among the stakeholders invited to take part in upcoming statutory meetings of this Convention, including in the Intergovernmental Committee meeting this coming February. Issues that will be discussed by the committee include considering proposals to highlight the commitment of cultural institutions and organisations to promote access to diverse cultural expressions – which could open future opportunities to highlight library contributions.

How can you get involved?

Every four years, parties to the 2005 Convention are required to report on their progress through Quadrennial Periodic Reports. UNESCO has made it easy for civil society organisations and institutions to submit their input to their national authorities to ensure their contribution is recognised in these reports.

Measures taken in your library to protect and promote the diversity of cultural expressions might include:

However, libraries active in these activities from around the world are encouraged to begin sharing information on their activities with their relevant national authorities.

There are important discussions happening at the global level to explore the diverse ways that culture improves people’s lives, brings people together, strengthens our societies and improves outcomes for all.

In 2023, let’s bring library perspectives and voices to these dialogues by connecting library collections, programmes and spaces to these initiatives, telling our stories, measuring our progress, and sharing our impact.