At the heart of all universities is research collections held by libraries and archives. They provide extraordinarily rich resources for research and teaching. For universities, they define the deep strengths of disciplines that have distinguished their history and exemplify their ambitions in supporting the creation of new knowledge. Digitisation can open up access to these works and reveal insights into the foundation of the university.

The Australian National University (ANU) was established by an act of the Commonwealth Parliament in 1946. One of the major themes for the government in creating the university was the growth of regional knowledge, namely the Asia-Pacific region.

The first formed collection acquired by the Library was the Chinese works from the Library of Xu Dishan, reflecting this regional policy ambition. It came from a critical need identified by scholars.

Charles Fitzgerald was appointed as Reader in Oriental Studies in the Department of Pacific History in 1950. He had spent time in China from 1923 in a great variety of roles, publishing three books on Chinese culture and history. He arrived in Canberra with the aspiration of developing world class research into Chinese studies. To support that research, a world class collection was vital.

The Vice-Chancellor was convinced by Fitzgerald to fund the acquisition of the Xu Dishan collection with an aim to establish an unparalleled collection for the study of the Chinese people. The collection’s significance was recorded in the official report of the University to the Commonwealth Parliament, noting that it was probably the most important Chinese collection in Australia and contained many rare works and famous dynastic histories.

As the first formed collection acquired by the University, its significance is unparalleled. Over the decades, scholars have had to travel to Canberra to access this critical resource for Chinese studies. 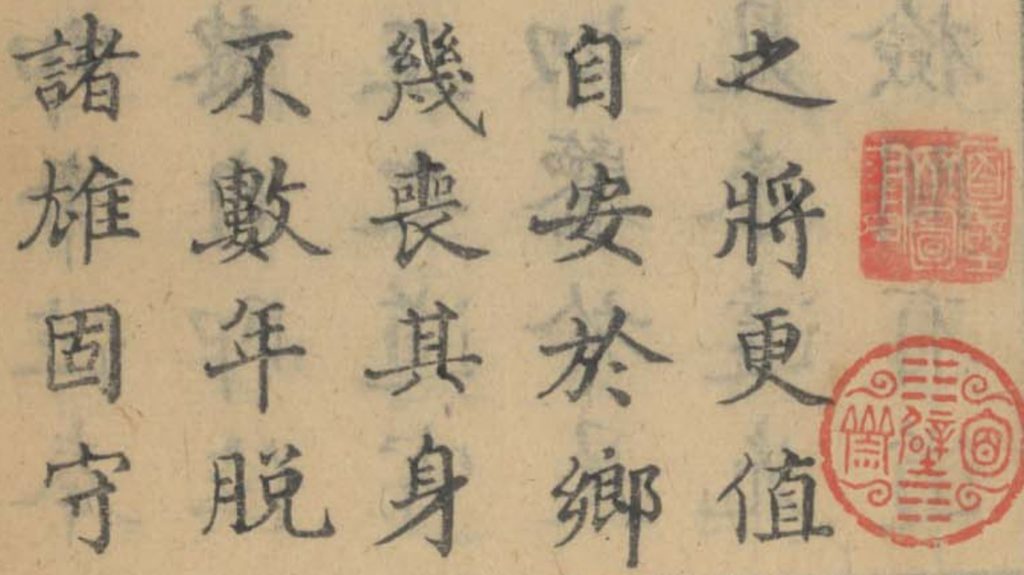 Image from the collection. https://library-admin.anu.edu.au/collections/xu-dishan-collection/images/hero-image-2.jpg

The University Library began a strategic digitisation programme in 2014. The focus of the programme was unique material and special collections including the Xu Dishan collection.

Advice from Associate Professor Ben Penny, Australian Centre for China in the World, assisted in ensuring that this collection was digitised and accurately described.

The Xu Dishan collection posed special challenges for digitisation. Works were fragile and irreplaceable. Every page had to be manually scanned with care and some conservation treatment. The scanning included correction for page bleed through and digital rectification to increase the clarity of pages. 469 titles in 1,224 volumes were digitised. This remarkable work took more than four years with interruptions due to COVID-19, hailstorms and bushfires that limited access to the campus. 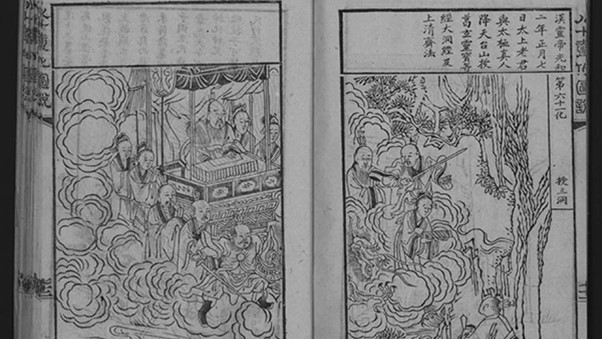 The digitisation work resulted in 400dpi PDF digital copies which are stored in the university’s research repository, a DSpace installation.

A gift to the nation

The Xu Dishan website includes the digitised works categorised into Buddhism and Buddhist texts, Daoism and Daoism texts, Christianity & Christian texts and Islam and Islamic text. It also contains an essay on “The Xu Dishan collection: a foundational collection for the Australian National University”, information on the Xu Dishan Collection at the University of Hong Kong and research works about Xu Dishan. It was launched on 24 October 2021. The collection was the university library’s gift to scholars in its 75th anniversary.

Ms Gao Rui, Counsellor of the Embassy of the People’s Republic of China in the Commonwealth of Australia, described the significance of Xu Dishan in her speech at the launch, noting that as a child, she had read from one of his works in a classroom presentation. Associate Professor Ben Hillman, Interim Director of the Australian Centre on China in the World (CIW) at ANU, emphasised the significance of the collection to Chinese research in his speech at the launch.

Across the world, Chinese scholars have benefitted from access to the collection through the digitised works. The use of the collection has been significant with over 118k views and 2.8 million downloads from the digitised corpus. Scholars from China, the United States, United Kingdom, Germany, Taiwan, Hong Kong, Singapore, Australia, Canada and Malaysia have reached into the repository to use the materials.

Every book tells a story

Lao jun ba shi yi hua tu shuo 老君八十一化圖說 — “Lord Lao’s Eighty-one transformations” is one of the most interesting items in the collection. It describes the different appearances Laozi took in “coming into the world”, with illustrations showing his supposed eighty-one interventions in human form in the life of the world. The text gained fame in the disputations between Buddhists and Taoists during the Yuan Dynasty and was banned in the 13th century from publishing and was presumably destroyed after the proscription of all Taoist books bar the Daode jing. It later re-surfaced in the early 14th century. The notoriety of the Eighty-One Transformations was due largely to its explicit claim that the Buddha was but one of the transformations of Laozi.

The preface refers to the date 1374 (7th year of the Ming Emperor Ming Hongwu), but comparison to other editions puts its publication to 1891. 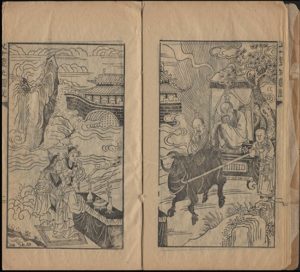 Xu Dishan was a scholar of incomparable measure. While his time as a scholar was short – he was born in 1893 and died on 4 August 1941 – his writings and now his library provide a window into Chinese philosophy, literature and folklore that ensures his legacy lives on.

The digitisation of the collection and launch of the website has enabled scholars to access the resources from their desks and to contribute to further research into Chinese philosophy and society. ANU’s strengths in Chinese studies and international participation have been enhanced, with links formed to new researchers across the globe. The project has also shone a light of the foundation of the university and the library’s contribution through curating collections of international significance.