IFLA held its General Assembly on 25 August 2022, with members for the first time able to vote remotely in real time, giving new possibilities to engage in key decision-making to members. Read on for more about the decisions taken.

IFLA’s General Assembly is the highest body in IFLA’s governance structures, bringing together our Members to take key decisions about our Federation.

For the first time, and as a result of IFLA’s new governance rules, approved last year, it was possible for the Assembly to take place in hybrid form, with Members voting both from the meeting room in The Hague, and online.

Members from all world regions were therefore able to watch and engage live, hearing both about the work IFLA has done over 2021, ask questions, and make their voices heard on crucial issues.

Amongst the items on the agenda, Members;

Throughout the meeting, Members in the room and online took an active role in commenting and asking questions, providing valuable input for the Governing Board in its own future discussions.

As President Barbara Lison underlined in her address at the end, she and the rest of the Governing Board welcome opportunities to continue the discussion with Members and volunteers alike, throughout the year. 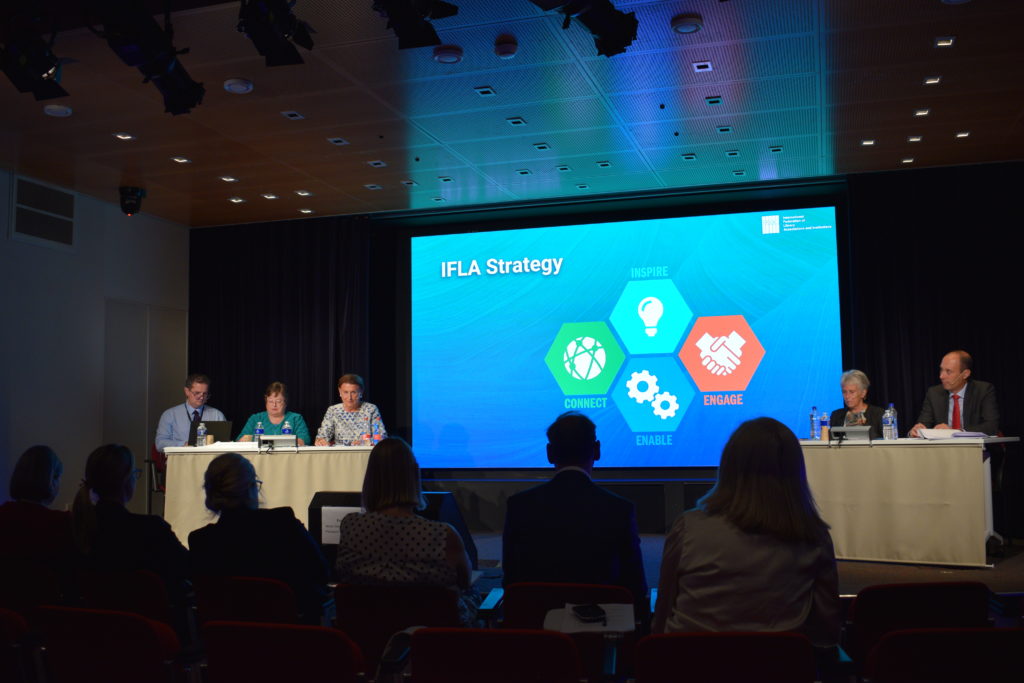 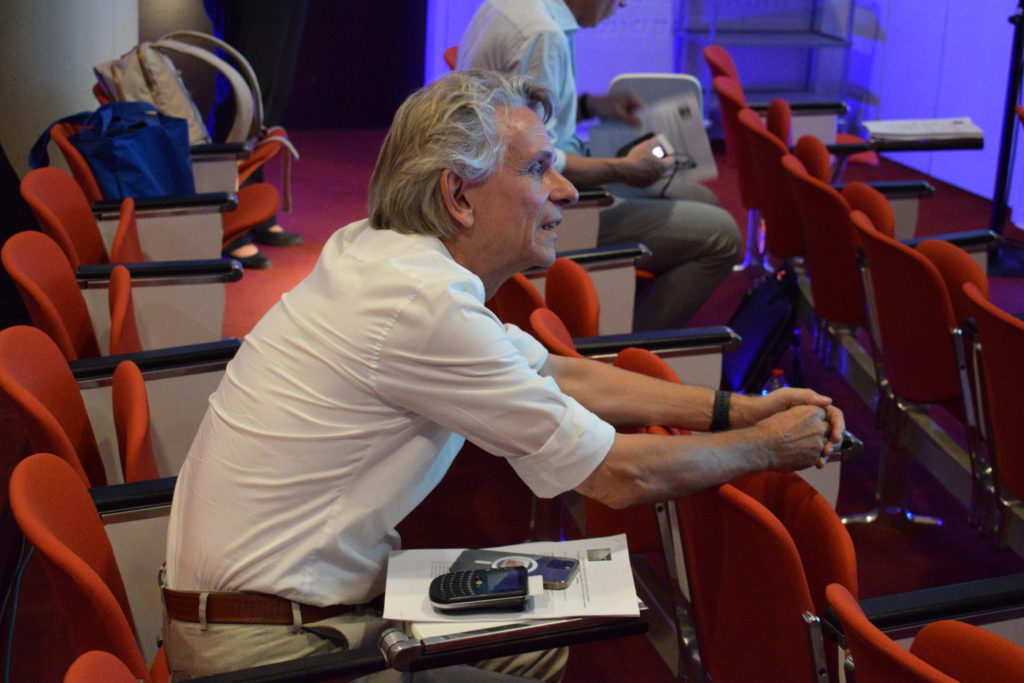 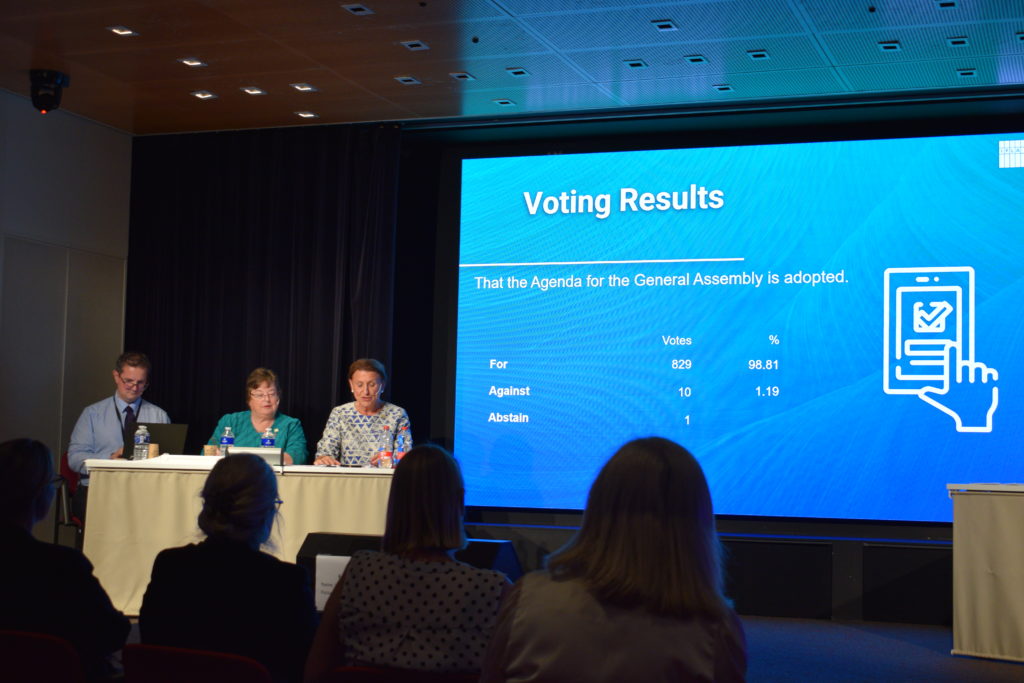 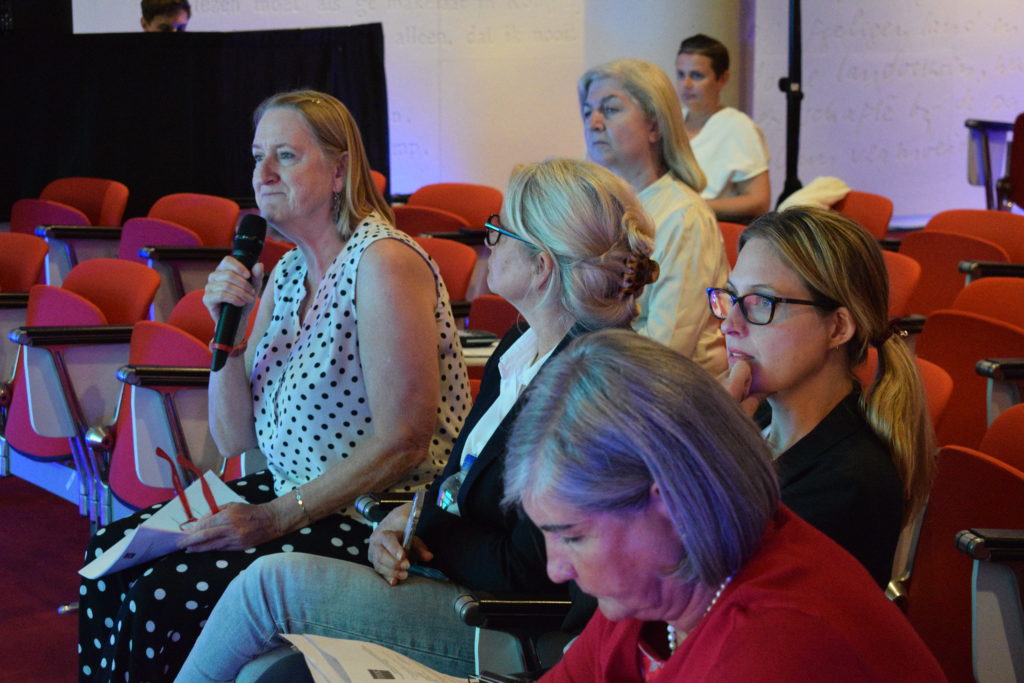 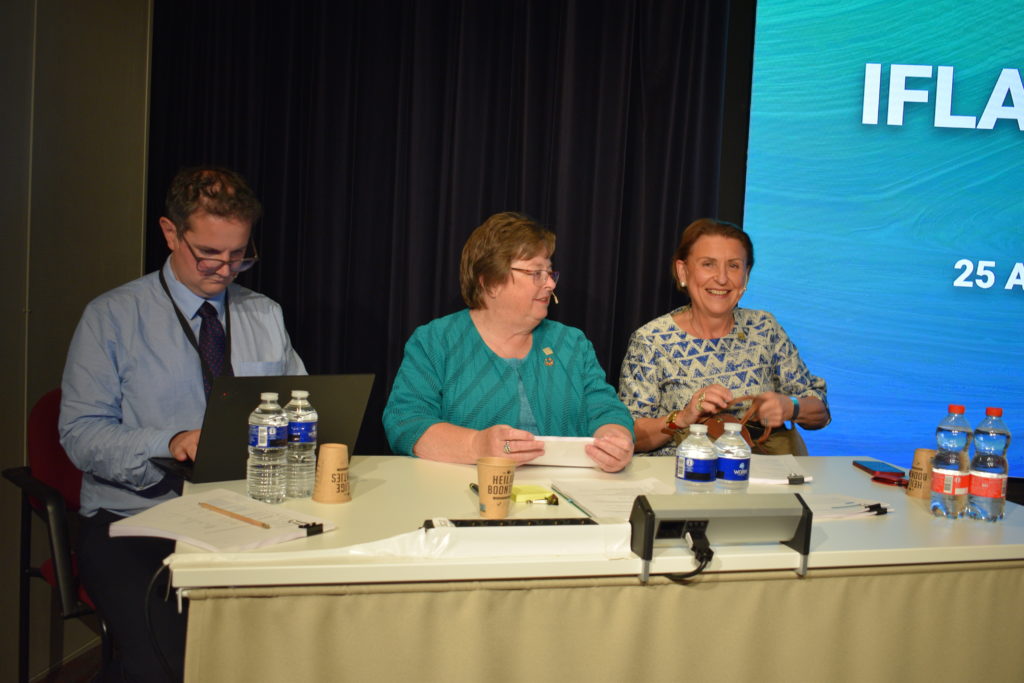 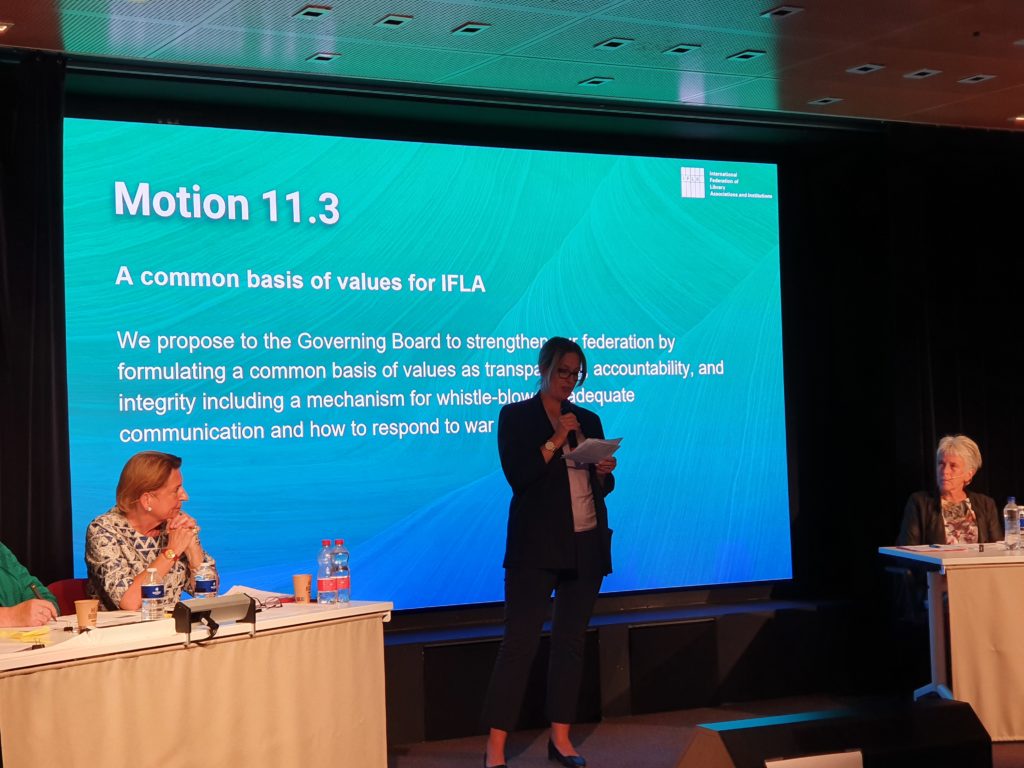