ResiliArt x Mondiacult is coming to IFLA! Take part in this exploration of how libraries help enable the discovery, creation, and enjoyment of diverse expressions of culture to be a part of everyday life.

Are libraries being recognised as essential parts of the cultural infrastructure? In the lead-up to the The UNESCO World Conference on Cultural Policies and Sustainable Development – MONDIACULT 2022 , IFLA will join the worldwide conversation on building a robust and resilient cultural sector that harnesses culture’s potential to help tackle global challenges. When envisioning a holistic cultural policy that helps build inclusive and resilient societies, libraries must be counted in!

This 110-minute webinar will ask library and information experts to share their experience and perspectives on several vectors of inclusive and meaningful access to culture. Crucially, their discussion will shed light on priorities for libraries and gaps in cultural policy that could be addressed to further enable libraries to fulfil this role.

Ariadna Matas contributes to the management and development of Europeana’s policies and frameworks with a strong focus on copyright and supports their implementation throughout the Europeana Network. Ariadna studied law in Spain, in Germany and in France and has a Master’s in Intellectual Property Law. Before joining Europeana, Ariadna worked for the International Federation of Library Associations and Institutions (IFLA) on copyright matters. 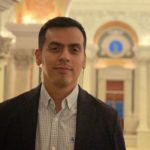 Jonathan Hernández is an associated researcher at the Library and Information Institute (IIBI) at the National Autonomous University of Mexico (UNAM) where he is also a library professor. He has given several invited/plenary talks at national and international conferences. He has also organized seminars and workshops on Libraries and Access to Information, Libraries and the UN Sustainable Development Goals, for academics and library professionals. He is a former President of the Professional Library Association of Mexico (CNB) and currently, he is a member of the IFLA Governing Board.

Ry Moran is Canada’s inaugural Associate University Librarian – Reconciliation at the University of Victoria. Ry’s role within UVic Libraries’ focuses on building and sustaining relationships to introduce Indigenous approaches and knowledge into the daily work of the Libraries and more broadly across the campus community.  In so doing, Ry plays an active role in advancing UVic’s strategic goal of being a globally recognized leader in areas of reconciliation.

Ry came to this position from the National Centre for Truth and Reconciliation (NCTR) hosted by the University of Manitoba.  As the founding director, Ry guided the creation of the NCTR from its inception.  Along the way, Ry contributed to major national initiatives such as the creation of the National Student Memorial Register, designation of multiple residential schools as national historical sites, development and launch of the Indigenous Peoples Atlas of Canada, and a major educational broadcast which reached over three million Canadians.

Prior to the NCTR, Ry served with the Truth and Reconciliation Commission of Canada (TRC). On the TRC’s behalf, he facilitated the gathering of nearly 7,000 video/audio-recorded statements of former residential school students and millions of pages archival records.

Ry’s life-long passion for the arts and music continues to be an important part of his life as he continues to write and produce original music.

Ry is a distinguished alumni of the University of Victoria and was awarded a Meritorious Service Cross by the Governor General. Ry is a proud member of the Red River Métis. 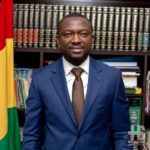 Hayford Siaw was appointed by the President of Ghana in December 2017 to the position of Executive Director of the Ghana Library Authority. Mr. Hayford Siaw, a Ghanaian Social Entrepreneur, has defied and forged new paths, and employed radical growth strategies that have taken public library in Ghana through a new phase of rebirth after years of facing monumental challenges and stagnation with unparalleled institutional growth. By restructuring and redesigning library services, diversifying delivery channels and optimizing staff performance, he has expanded Ghana’s public library footprint from 61 to 108 within 4 years, boosted the image and changed the perception of Ghanaians on public libraries through strategic project activities, programmes and partnerships with like-minded institutions, corporate bodies and philanthropists. The public library scene has experienced 510% increase in membership and 189 % increase in patronage.

Prior to his appointment as Executive Director, he founded and served as the CEO of Volunteer Partnerships for West Africa.

Before joining Ghana Library Authority, He had received many awards for his contribution to the voluntary sector, notable among them are the Star Award and Six years grant support from Global Fund for Children, USA. Change Leader with Reach for Change, Sweden and Five years grant support. Awarded Ford Motors International Fellowship. Recognized by Her Majesty Queen Elizabeth II as the 15th Commonwealth Point of Light in honour of his exceptional voluntary service in combating illiteracy rates in Ghana.

At Ghana Library Authority, he led the organization to receive its first international awards; they include the Library of the Year  by the London Book Fair International Excellence Awards 2021 and the prestigious United National Public Service Awards, 2021. He has also developed several donor funding streams and diversified government of Ghana funding to support libraries.