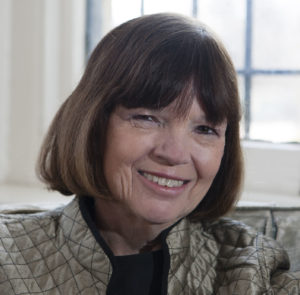 It is with deep sadness that IFLA informs its members and colleagues around the world of the passing of former President and IFLA Honorary Fellow, Donna Scheeder. Her presidential theme, Libraries: A Call to Action, encompassed her life and being.

Donna Scheeder spent much of her career at the Library of Congress and Congressional Research Service and was heavily involved with the Special Libraries Association (SLA) as a past President and a Fellow. She then became internationally active serving on the IFLA Libraries and Research Services for Parliaments and Law Libraries Standing Committees. However it was on IFLA’s Governing Board that she increased her impact, serving as member from 2009-2011 , IFLA Treasurer 2011-2013, President-elect 2013-2015 and President from 2015-2017.

In her acceptance speech as President, Donna stated that discussions are fruitful but not enough. Librarians must take action and build a change agenda – personally and in our communities utilising our organisations. Her call for action took flight in the implementation of the Global Vision process, a worldwide conversation involving thousands of librarians and workshops in each region of the world. Donna Scheeder enjoyed meeting colleagues and bringing them into the family of IFLA. She wanted no-one left behind.

Throughout her presidency, Donna was a key part of lengthy negotiations resulting in the eventual awarding of the Bill & Melinda Gates Foundation Legacy Grant to IFLA in 2016 – an extraordinary one-off grant which has heightened IFLA’s capacity to activate the global library field.

As President, Donna Scheeder represented the Federation at events in many countries, travelling widely with her agenda to change mindsets and galvanise librarians into action. She spoke on behalf of our profession at a session of the United Nations in 2015 highlighting the role of libraries in helping achieve the proposed UN Agenda 2030 Sustainable Development Goals and outlining the importance of increased access to information as a cross-cutting issue within the framework. She was a sharp thinker and had boundless energy to share and motivate colleagues.

On a personal level Donna loved the arts and culture. She found great enjoyment in good talks, music and in hitting the dance floor if the occasion arose. She was intrigued and actively involved with political activism in her local neighbourhood in Washington D.C.

Donna was always ready to learn something new and was elected to IFLA in 2021 as a member of the first North American Regional Division Committee.

In one of her speeches she quoted the American poet, Ralph Waldo Emerson, “Do not follow where the path may lead. Go instead where there is no path and leave a trail.” A most appropriate epitaph for our much esteemed colleague, Donna Scheeder. She will be greatly missed, and our thoughts are with her family and friends.