Current political circumstances and the experience of the pandemic have shown that libraries are not only about collections, but also act as cultural bridges and play a crucial role in connecting people to the knowledge and skills needed in modern societies.

Digitalisation and the internet, as well as other technological achievements, have the potential to be tools which foster the process of democratization, if managed well. However, this cannot be taken for granted.

One of the main organisations supporting discussions about how the internet works is the Internet Governance Forum, and at the European regional level, the European Dialogue on Internet Governance, EuroDIG. Both hold public meetings every year to prepare recommendations and other insights aimed at advancing the development of a better internet for all.

Libraries not only increasingly rely on the internet to fulfil their missions, but are also key players in providing access to it. Furthermore, as information professionals, we have an expertise and set of ethics that are highly relevant. However, it is not always the case that librarians are strongly engaged in discussions around the shape of internet societies. Too often, we see ourselves in contrast to the digital world. However, the pandemic has made the need for open digital knowledge and for democratic access to education online clearer, and so with it, the need for libraries to have a seat at the table when internet governance is discussed.

To offer insights into how to get involved in this process, the IFLA’s European Regional Division Committee organised a webinar with EuroDIG (European Dialogue on Internet Governance). Its recording is now available on YouTube. You may watch it below.

Its goal has been to share information about the detailed work of the Internet Governance Forum (IGF), so that librarians can become more familiar with how to engage in discussions about current developments, ideas, and technologies, as well as internet access, the role of the state and private stakeholders, and possible successful outcomes of their participation in the development of the responsible and democratic societies.

The webinar was led by Sandra Hoferichter, Secretary-General of the European Dialogue on Internet Governance (EuroDIG), the European IGF.

Sandra became involved in Internet governance processes in 2006 by managing projects – such as the European Summer School on Internet Governance (EuroSSIG) – for Medienstadt Leipzig e. V., a German not for profit organization which she is chairing since 2020. In 2010 Sandra was elected as one out of three European representatives to ICANN’s At Large Advisory Committee (ALAC), where she served until November 2016 and later on represented the ALAC at ICANN’s Nominating Committee (NomCom) from 2016 – 2018. Sandra’s contributions, both to the ICANN community and the efforts within the IGF fora, are dedicated to facilitate a collaboration ground for different stakeholder groups and to develop participation processes that are public, inclusive and transparent. 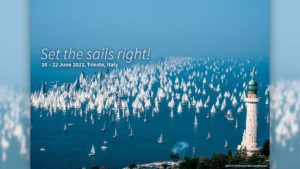 EuroDIG is more than just a conference! It is a platform for discussion and the exchange of ideas on emerging issues and challenges concerning the Internet. All stakeholders are invited to shape the agenda jointly and take part in the discussion. The inclusive and continuous dialogue, which culminates in an annual event, has taken place in a different European country every year since its inception in 2008. The results are conveyed in the form of ‘Messages’ which are forwarded to policy makers and fed into the annual global UN Internet Governance Forum (IGF).